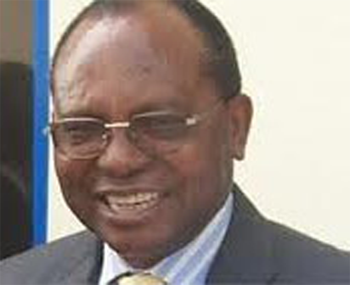 WHEN Professor Anya Oko Anya, 82, MFR, FAS, NNOM, Academic, and Administrator, was sired on January 3,1937, he was born with the proverbial silver spoon in his mouth. Reason: His father was reasonably well off and had a lorry in 1940.

However, from being a favoured child, Anya practically became a destitute at eight after his father died in 1945. Living, going to school and paying school fees became back-breaking challenges. In Anya’s words:  “Everything he (my father) owned was taken away, and my mother was put through the hard times that a widow is put through in Igboland (then).  His personal dresses including mine were distributed. In other words, from being a favoured child, suddenly, I became a destitute.”

This unfortunate turn of event, which is usually a setback for many people, was a stepping stone for Anya. He would grow to become a professor of biology, technocrat, think-tank, administrator, and opinion-moulder. Obviously, his focus, intelligence, resilience, hard work, enterprise, industry, and faith in God were the primary factors.

“Even getting educated became a challenge (after my fathers’s death) but each time God stepped in. I got Calabar County Scholarship, which allowed me to finish the fourth and fifth year in Hope Waddell, Calabar, which also allowed me to go to higher school.  I got federal scholarship to University College, Ibadan, and another one to Cambridge,” he recalled on how things eventually panned out.

As a chartered biologist, fellow and past vice president of the Nigerian Academy of Science, fellow of the Institute of Biology of the United  Kingdom, fellow of the Linnaean Society of London, fellow of the Cambridge Philosophical Society and former president, Union of African Biologists, and pioneer director-general of the Nigeria Economic Summit Group, NESG, he has etched his name among great academics and administrators in Nigeria. His distinctive contribution in the field of parapsychology has helped in tackling the problems of parasitism and parasitoses in Nigeria’s tropical environment.

These are some of the reasons the Vanguard Board of Editors deemed worthy of the Lifetime Achievement Award. Anya had a clear vision of what he wanted to be in life and went for it. He wanted to be a top academic, resisted and rejected offers that would have prevented him from attaining the zenith in academics.

One of the distractions was an offer to serve as regional commissioner under the Administrator of East Central State, Ukpabi Asika after the civil war. The second was to become the vice chancellor of the University of Jos, and the third was to serve as a minister under President Shehu Shagari in the Second Republic.

On why he rejected the first offer after the civil war, Anya said: “My reason was very simple. I was in the civil war for three years, and if I got into government, perhaps it would take another three years before I could return to the university – it would be late (Asika until he died used to make a joke of what I said that I was too young to learn how to sell beer or cement). I knew my entire life was built on the basis that I would teach in the university and retire there. If after six years of being out of university it was unlikely that I would be the kind of professor I wanted to be, a research leader. Not that I would not have liked to serve under Asika, but, at that particular point, it was likely to set me off course.” He rejected Shagari’s offer in 1983 with a similar reason.

Given the challenges he faced after his father’s expiration, the opportunities he had to further his education, Anya said he would remain eternally grateful to Nigeria, a reason he “will continue to fight for an improved situation in the society so that other young people will have the same opportunities I had not because they came from fathers who were rich (yes, I came from a father who was rich but that wealth vanished overnight), but we should create a society, where young people have the opportunity to be what they can be purely by their own God-given endowment.”

One of Anya’s defining moments public service was becoming the founding director general of the Nigerian Economic Summit as a biologist. “People don’t know that I’m not an economist; I’m a biologist –but it is also God’s grace that helps me hold my own among the economists,” he enthused in a recent interview.