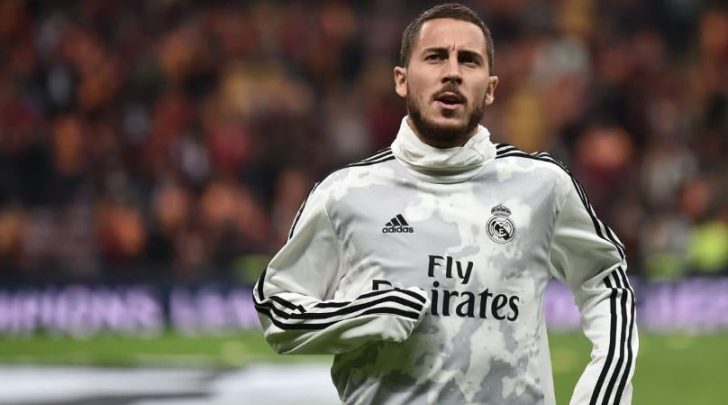 Real Madrid have provided latest update on forward, Eden Hazard’s injury ahead of their El Clásico La Liga clash against Barcelona on December 18 at the Camp Nou stadium.

Hazard suffered a “micro-fracture” in his ankle during the Los Blancos’ 2-2 draw against Paris Saint-Germain in the Champions League at the Santiago Bernabeu last month.

The former Chelsea forward was initially expected to be out for about 10 days after Zinedine Zidane’s side released a medical report saying the 28-year-old had suffered an “external bruise”.

However, Real have now confirmed in a statement on their official website on Thursday that Hazard’s recovery will continue to be assessed.

“The development of the perimalleolar bruising in his right leg has seen him diagnosed with an incomplete external microfracture in the aforementioned area.

“His recovery will continue to be assessed.”