FB User: “Otedola Shouldn’t Have Bought 3 Ferrari For His Three Daughters Sameday -Vanity & A Misplaced Priority” (DO U AGREE?)

Following a tweet by the eldest daughter, DJ Cuppy. She wrote,

“Papa took us shopping and bought one of each!”

But a Facebook user seem not to be happy with this, as he suggested what the money should have been used on. He wrote,

3 Ferrari same day, Same time? Well, I’m not impressed. Still vanity. The money should have been used for more important things. Like taking care of the needy, build factories and employ Nigerian Youths. 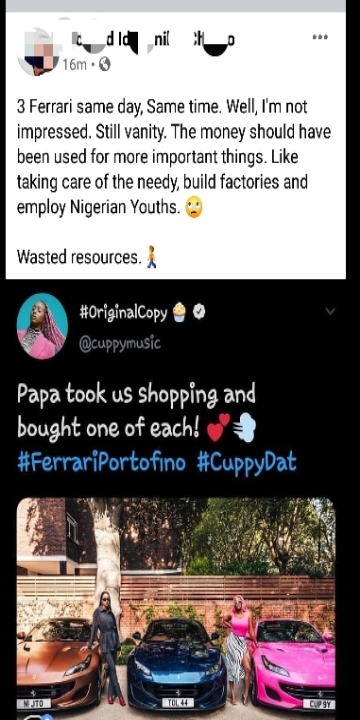 “People should stop wasting money on unnecessary things. Why wasting it on 3 Ferrari same day, same time. Use it to feed the poor in Oyo State”.

Funny enough, other Facebook users agreed while some disagreed. See some of the comments below

Is Otedola Gifting His Three Daughters With 3 Ferrari,  Misplaced Priority? 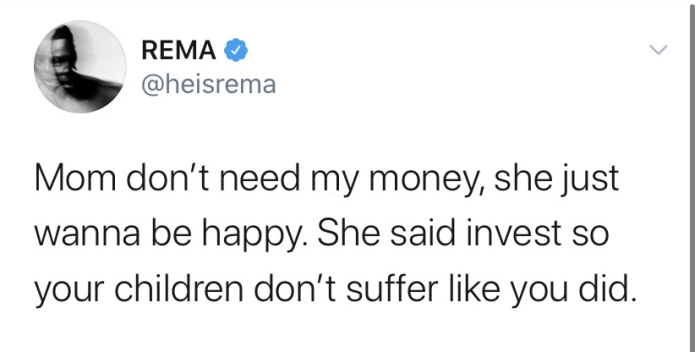