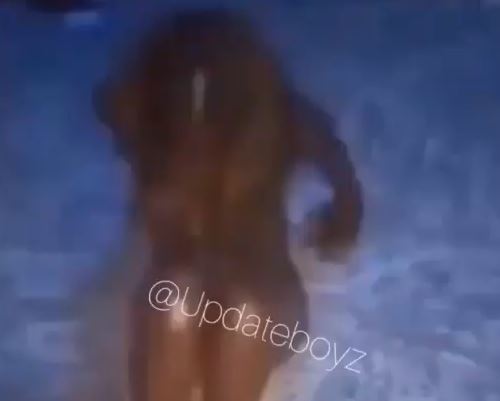 A video trending on social media captures the moment a man who picked up a prostitute resorted to prayer after the lady started acting in a weird manner.

It was revealed that the lady’s waist beads had broken while they were having sex.

In the video, the unclad woman could be seen rolling on the floor while the man shouts,

The man continues to panic as he calls on the name of a pastor hoping that would make her confess.

Watch The Video Below: