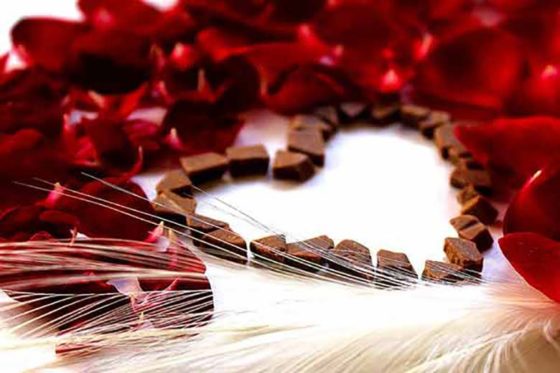 A cross-section of men in the Federal Capital Territory (FCT) on Friday said that women should give them valuable gifts for the Valentine Day celebration.

In interviews with News Agency of Nigeria (NAN) they lamented that over the years, women do give them underwears as gifts during the celebration.

They added that women should learn to give men valuable gifts like perfumes, shirts, wrist watches among others.

Mr David Oyedira, a medical doctor told NAN that his girlfriend always give him boxers for the valentine and expect him to give `the world’.

“I am tired of boxers all the time, this time around, I want something better this year,’’ he said.

Mr Ikechukwu Maxwell, a businessman said women are too stingy and believe they are wise, adding that he was not ready to patronize anybody this time.

“This year’s valentine, I am on my own, I am not buying any gift for any lady, because in return, all I get is underwear, I have got enough underwears in my house,’’ he said.

Mr Oluwasegun Ojo, a civil servant said he was looking forward to the valentine celebration, adding that he has a lot of surprise packages for his babe.

“But I have already told her, I don’t want underwear, it’s going to be great.

“Women generally appear to have the habit of presenting one common gift to their spouses on valentine day; most women are used to buying only underwear.

“Whereas women want something more valuable than underwear as a gift on valentine day. Women expect their spouse to buy them expensive gifts on valentine day, like car, phones, jewelries, clothes, shoes or tickets to travel abroad.

“Many ladies are not used to spending their own money to show their love to their spouse. I advise them to change for the better,” he said.

Meanwhile, Aisha Opeyemi, a trader said she prefers to buy underwear for her spouse on valentine day because `it is affordable’.

“` I will buy underwear for my husband because I feel it is most useful to him and besides they are cheap and affordable for me,“ she said.

Ibikunle Oluwaseun, a school teacher said the gift presented does not matter but what matters was the intention behind the gift.

“I don’t have money to buy expensive gifts, but I buy what I think will be useful to him.

“The valentine day is an opportunity for me to change my husband’s boxers since he might not remember to buy even when the ones he has are worn out.

Ola Ibitoye, a businesswoman said that she prefers to buy underwear because men don’t appreciate flowers and men outfits are expensive.

The Valentine festival, which celebrated the coming of spring, included fertility rites and the pairing off of women with men by lottery. (NAN)