The visit, coming five days after Obaseki was declared winner of the September 19 Edo governorship election by the Independent National Electoral Commission (INEC), was to thank President Buhari for ensuring a peaceful, free and fair election.

Obaseki, who vied on the platform of the Peoples Democratic Party (PDP), was reelected as governor of Edo State after polling 307,955 votes to defeat his closest rival, Pastor Osagie Ize-Iyamu of the All Progressives Congress, who scored 223,619 votes.

The governor who was first elected in 2015 on the platform of APC, defected to PDP in the build up to the 2020 governorship election following his disqualification by the APC screening committee.

Also at the Council Chamber were Chief of Staff to the President, Prof Ibrahim Gambari; Minister of Information, Alhaji Lai Mohammed, and Minister of State Budget and National Planning, Prince Clem Ikande Agba. 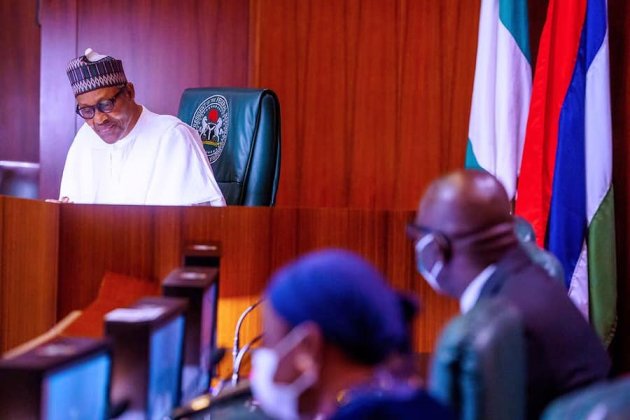 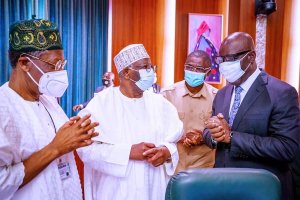 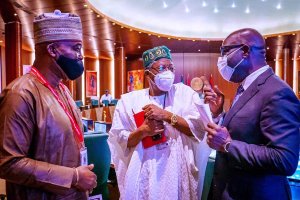