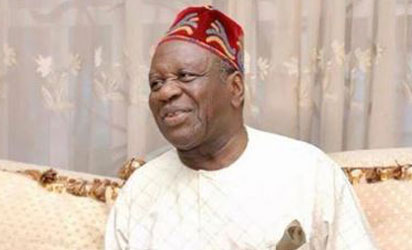 BORN November 20, 1938, Attah is the former Governor of Akwa Ibom State since the return to civil rule from May 29, 1999 to May 29, 2007. Attah who was a member of the Board of Trustees of the Peoples Democratic Party, PDP, but later joined the All Progressive Congress, APC.

He completed post-primary education in 1956. He gained a degree from Leeds College of Art and a post graduate diploma in Building Science from Liverpool University in 1965. He won the scholarship to study at Columbia University in New York, where he obtained an MA in Advanced Architectural Design and Planning. Attah also attended the Kennedy Graduate School of Governance at Harvard University. After completing his education, he practised as an architect in the Caribbean, New York City and Nigeria. He served as the National President of the Nigerian Institute of Architects.

While other political stalwarts wallow in fear on corruption allegation or charges, as rare as it appears in Nigeria’s political landscape, Attah was tagged as a fearless incorruptible politician when he dared the Economic and Financial Crime Commission, EFCC, in November 2007 to arrest him if the commission had anything against him.

In September 2009, the Nigerian Justice Minister and Attorney General of the federation, Michael Aondoakaa, once said he would not release any Nigerian in response to a warrant of arrest issued by the London Metropolitan Police over alleged money laundering and corrupt offences emanating from the $38 million Virgin Mobile shares acquisition. Former state governors James Ibori of Delta State, Bola Tinubu of Lagos State and Victor Attah were being accused of money laundering in the transaction. Aondoakaa said he had no conflict with the Economic and Financial Crime Commission, EFCC.

However, EFCC chairman Farida Waziri denied that the EFCC had exonerated any of the suspects and insisted that the investigation was ongoing. The EFCC was said to be ready to co-operate with the MET police. In March 2008, Victor Attah joined Executive Action, a consultancy that helps firms manage problems in difficult business environments.

His venture into politics

Uyo Akwa Ibom being one of the six states of the South-South geo-political zone of Nigeria was created in 1987 by the military regime of Gen. Ibrahim Babangida. Attah traded his ideas of positive governance after he was elected on the platform of the Peoples Democratic Party, PDP, which swept the polls in the general election of 1999. He also emerged as a former chairman of the Governors Forum representing the country’s 36 states.

His activism role in the nation’s democracy was before the PDP’s founding. During the military regime, Attah was associated with its predecessor organization, the G-34, a group of Nigerians that battled the military to quicken the hand-over of power to civilians.

Attah’s venture into politics is a desire to reverse the conditions that retarded the progress of a promising state. In a speech on the eve of his election, Attah said: “I have spent many years observing the painfully slow progress of my people in Akwa Ibom, which state of affairs is the cumulative effect of short-sighted, uninspiring leadership, too numerous missed and misapplied opportunities, distorted priorities, improper harnessing of manpower, small-dream phobia for risk taking; undue conservation, erroneous neglect of women as a valuable developmental resource, and the misguided marginalisation of the invigorating strength of youth”. Attah had to work hard as a governor to restore the confidence of the Akwa Ibom people. His administration drew up both short and long-term development agendas for the state, aimed at transforming a “civil service state,” where government existed for its own benefit, to an industry-based economy.

How he fought for Niger Delta region

Two years into his first tenure, Attah encountered a major stumbling block after a Supreme Court ruling in April 2002 resulted in a significant cut in the state’s oil revenue. The judgment enshrined an onshore\offshore dichotomy, which meant that Akwa Ibom and other littoral states could not get commissions from crude oil exploited from the ocean off their coastlines. This pitched the concerned state governments against the federal government, when a bill seeking to abolish the dichotomy was tabled before the National Assembly. Although passed by the lawmakers, the President withheld assent.

Despite being a close political ally of President Obasanjo, the governor chose to side with sentiment among the people of the state. He became the rallying point for all states affected by the court ruling, as they mounted pressure on President Obasanjo to sign the bill into law. Although his role caused a temporary rift in his close relationship with the president, while he was reelected in 2003, Akwa Ibom rallied behind him, and Obasanjo assented to the bill in February 2004.

Its passage was seen not just a victory for Akwa Ibom State but for the entire Niger Delta region, boosting Attah’s influence and popularity in the South-South region of the country.