There was pandemonium early hours of Friday as a midnight fire gutted a two-storey Post Graduate Hostel in Campus 3 of the Delta State University (DELSU) Abraka in the Ethiope East council area of the state.

The fire said to have started at about 1:04am ravaged no fewer than 10 rooms before help arrived.

Fortunately, no casualty was recorded in the inferno.

It was gathered that the parts destroyed were on the first and second floors of the building.

Although details of what caused the fire were not so clear as at the time of filing this report, sources at the university claimed the incident was caused by an electrical mishap.

According to a student simply identified as Samson, residents of the hostel quickly called for help when the fire started.

“The electricity of the hostel was put off immediately to avoid further damages. The fire service arrived shortly and with the combined efforts of both the boys of the medical hostel, the executive hostel and some other able bodied men around, the fire was put out,” Samson said.

However, students’ properties were destroyed by the flames which was put out at about 3:40am by the varsity’s fire service.

The Vice Chancellor and other staff  of the university including the Red Cross society were reported to have been on ground in a bid to manage any emergency.

The incident which was confirmed by the DELSU Public Relations Officer, Mr. Eddy Agbure, was described as a “colossal damage”. 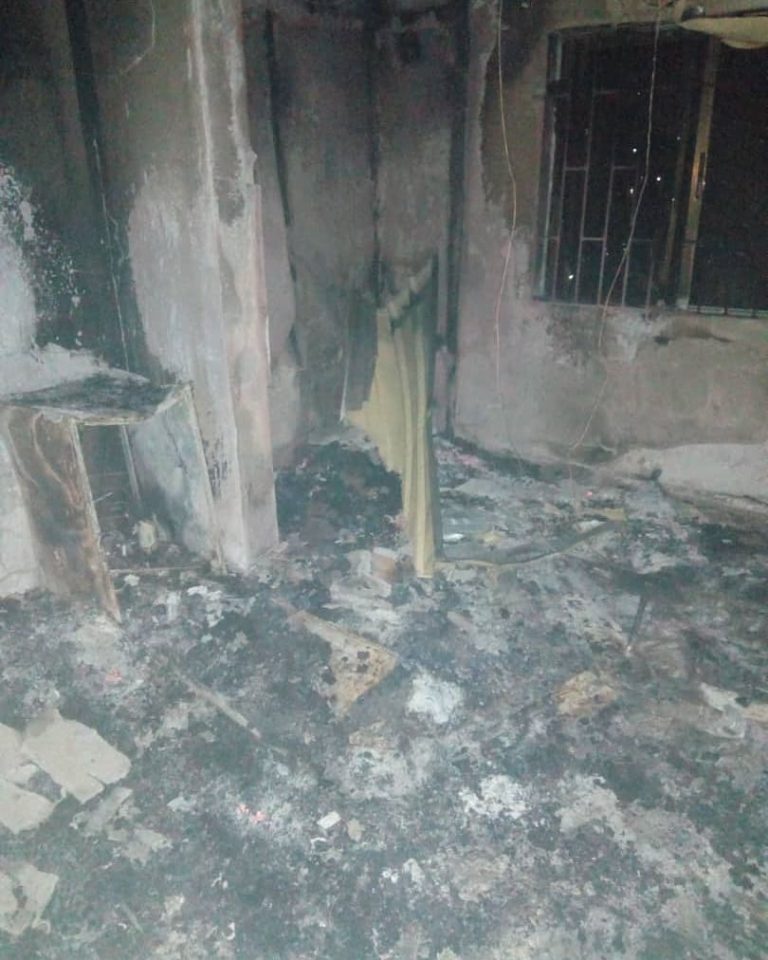 One of the rooms razed by fire
Read Entire Article