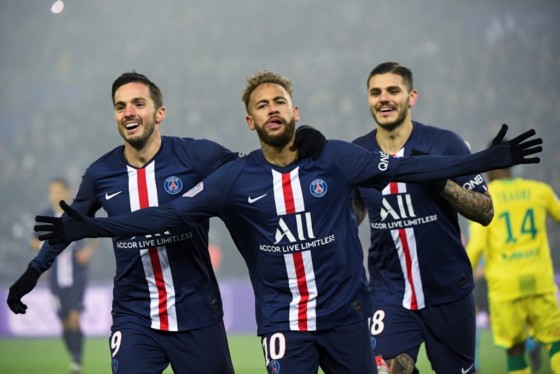 Of all of the world’s most powerful clubs, Paris Saint-Germain continue to grow and have placed first in a recent study on the Football Finance Index.

With 5,318 points, they ranked above 100 other clubs and beat Manchester City to top spot in the third edition of the study.

Conducted by Soccerex Football Finance, it is based upon the value of players, tangible assets, finance available in their accounts, potential owner investment and net debt.

ALSO READ: Valverde: The only match I watched this month was Athletic Club vs Barcelona 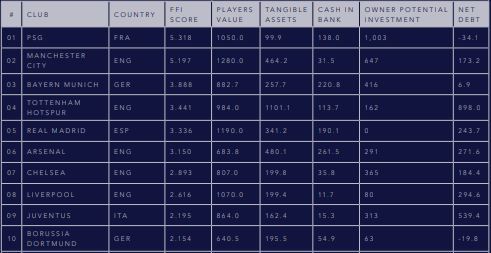 The study highlights the way that PSG’s management have reduced their debt by 70 million euros through player sales whilst social capital has grown to 316 million euros thanks to Qatar Investment.

ALSO READ: Gerrard has no regrets over criticising Rangers players

Despite the need for adaptations to their sponsorships due to UEFA’s Financial Fair Play, it has not stopped the club ranking top of the table.

Of the 100 clubs in the study, 15 different leagues have been studied with 80 percent coming from Europe and 23 of them from England.

Barcelona have dropped out of the top 10 to 12th with 2,036 points and also behind Atletico Madrid, who have 2,049 whilst Real Madrid are the highest Spanish team with 3,336 points in fifth.

The post PSG are now the club with the most financial muscle in the world appeared first on Vanguard News.