The paramount ruler of Ewika community in Alode-Eleme, Eleme Local Government Area (LGA) of Rivers State, Chief Jacob Nkpa, disclosed a few days ago that in his over 70 years of existence, he had just seen potable water in his community for the first time.

He spoke during the tour of projects by the State Employment and Expenditure for Results (SEEFOR), sponsored by the World Bank and the European Union (EU), with counterpart fund from the state government across the 23 LGAs of Rivers State, with similar projects by SEEFOR in Bayelsa, Delta and Edo states.

Chief Nkpa expressed delight over the water and civic centre projects in his community, which were inaugurated on September 26, last year by the Rivers Commissioner for Finance, Isaac Kamalu, while asking for more people-oriented projects. 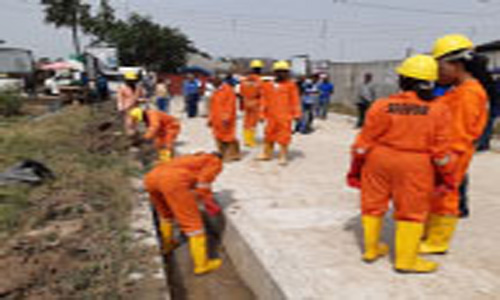 •Some of the beneficiaries of SEEFOR project clearing the drain and maintaining Apostolic Church road in Alode-Eleme, Eleme Local Government Area of Rivers State.

The paramount ruler noted that people of his community were so happy with the water project, which he said had put an end to their suffering over the years.

He added that the civic centre had brought great relieve to the youths, women and men of Ewika, who are using the facility as a befitting venue for their regular meetings to move the community forward. He then expressed gratitude to SEEFOR and the sponsors.

The newly-constructed Apostolic Church road and drainage in Alode-Eleme were also inspected, with many youths adequately empowered with the projects.

One of the beneficiaries, Christie Ogbaji, revealed that she used the money she realised from being empowered with the road construction/maintenance and clearing of the drains to start a business, thereby contributing to societal development.

SEEFOR is a multi-faceted project that was born out of the need to consolidate the gains from the Federal Government’s amnesty programme for the repentant Niger Delta militants. It is financed with credit from the World Bank, grant from the EU and counterpart funds from the state government.

In Rivers, SEEFOR is supervised by officials of the state’s Ministry of Budget and Economic Planning.

The tour of projects started from the data centre housed at the Rivers Ministry of Finance at the state secretariat complex in Port Harcourt.

The team later moved to the poultry, piggery and fish farm at Somiari-Tereama in Amadi-Ama, Port Harcourt City LGA, with the Monitoring and Evaluation Officer for FADAMA in Rivers state, Richard Fubara.

The Cluster Farm Chairperson, Mrs. Dorothy Somiari and the Chief Evaluation/Monitoring Officer in charge of the fish farm, Chief Alex Somiari, described the projects as blessings and steps in the right direction. 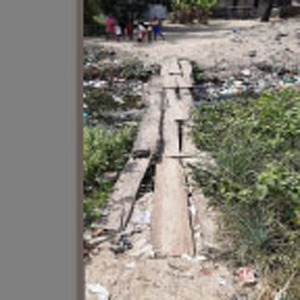 He disclosed that three old women fell into the swamp, while defecating at night in the dilapidated toilet, adding that neighbouring communities will also benefit from the modern and befitting toilet facility.

The team then moved to Igwuruta in Ikwerre LGA of Rivers, with Omueke community’s concrete walkway/road and drainage also being inspected.

A representative of the community, Ken Amaehule, said the strategic road was in a bad shape, before SEEFOR’s intervention, but now it is being enjoyed by people in the densely-populated neighbourhood, with the residents’ businesses also thriving.

Members of the SEEFOR team as well as newsmen, moved to Buguma-Kalabari, the headquarters of Asari-Toru LGA of Rivers, to inspect the mini-bridge, road and drains beside the primary health centre on Lawson New Road.

A  passenger of a commercial motorcycle, popularly called okada, Victoria Barashon, disclosed that the rickety wooden brigde was replaced with the concrete bridge, which has made accessing the health centre much easier and put an end to the suffering of the residents.

Also inspected were workshops at the Rivers State government-owned Captain Elechi Amadi Polytechnic, Rumuola-Port Harcourt in Obio/Akpor LGA. They were built and equipped by SEEFOR for training and empowering the youths.

Ten per cent of the trainees given starter packs, which might be increased by the World Bank, while the project manager, Edward Alikor, revealed that over 100 persons had been trained in the workshops since inception.

The Rivers State Project Co-ordinator of SEEFOR, Kelcious Amos, at a news conference on January 18 at the old Government Reservation Area (GRA), Port Harcourt, said each of the benefiting communities for the projects must pay 10 per cent counterpart fund, in cash or in kind, through the provision of the needed materials. This, according to him, will make them be commited and see the community-driven projects as theirs.

Amos said: “SEEFOR became effective on July 31, 2013. It is aimed at enhancing opportunities for employment and access to socio-economic services, while improving the public financial management systems in the participating states of Bayelsa, Delta, Edo and Rivers.

“SEEFOR has made 497 interventions in public works and engaged 21,770 youths across Rivers State. The youths were also trained in money management and entrepreneurship skills. SEEFOR does not embark on big projects, but small projects that meet the needs of the people of the benefiting communities. It has intervened in 47 communities and implemented 94 micro projects in Rivers State.”

SEEFOR’s National Project Coordinator, Dr. Greg Onu, at the news conference revealed that the initiative involved a concessionary interest-free loan of $200 million from the World Bank and a grant element of $78.4 million from the EU.

Onu said: “SEEFOR project  in the first phase ought to be implemented over an initial five-year period up to 2018. The World Bank and European Union further extended the exit year to September 2019, with possible extension to September 2020 being pursued. With the impressive performance in the first phase, there is the likelihood of having a second phase for the project.

“The institutional arrangement for the co-ordination and supervision of the SEEFOR project at the federal level is the National Project Coordinating Unit (NPCU), domiciled at the Federal Ministry of Budget and National Planning.

There also exists States’ Project Coordinating Units (SPCUs) in the four beneficiary states that provide for effective co-ordination and supervision.”

The national project co-ordinator also revealed that SEEFOR was declared effective by the World Bank headquarters in Washington DC on July 31, 2013, stressing that the project was cleared by the National Assembly and the Federal Executive Council (FEC) in January and March of 2013 respectively.

Residents of the benefiting states should adequately take advantage of the opportunities offered by SEEFOR to better their lives and develop their communities.