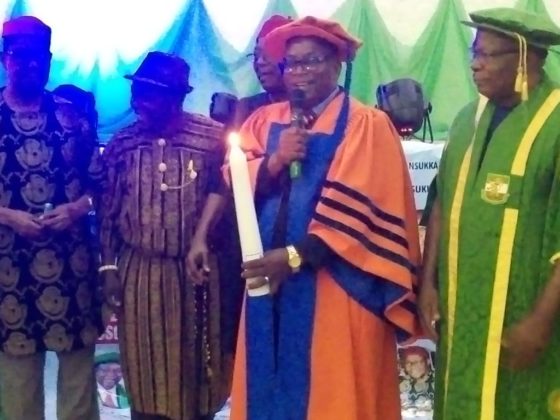 The Vice-Chancellor of the University of Nigeria, Nsukka, UNN, Prof. Charles Arizechukwu Igwe, yesterday, said the institution would continue to honour staff who distinguished themselves through scholarly contributions and hard work.

The VC said such individuals have placed UNN on the world map through their scholarly contributions for the growth of the University and the nation and should be acknowledged and celebrated to encourage others to toe the same line of academic distinction.

He made the statement when the Faculty of Arts of the institution in collaboration with Mbaise Development Union, MDU, Nsukka branch instituted Professor Donatus Ibeakwadalam Nwoga Memorial Lecture at the Princess Alexandra Auditorium, PAA, UNN.

The VC who was represented by the Deputy Vice Chancellor (Administration), Prof. Pat Uche Okpoko, described the late Professor Nwoga as a great icon who his scholarly contributions to the institution remain monumental.

He further disclosed that UNN would honour more deserving personalities during its 60th anniversary in few months time.

“This is an activity we cherish. The administration of the current VC of UNN is to continue to honour deserving personalities. In few months time, the institution would be marking its 60th anniversary and we have a number of activities lined up including role of honours particularly for those of us who have contributed immensely for the growth of the University of Nigeria.

“We are going to have a number of activities including induction into the Hall of Fame for deserving persons, distinguished alumni awards and role of honours for our departed colleagues who performed creditably during their time in this system.

“All that you do today is to show that those of us who passed through here did some good works and should be acknowledged,” the VC said.

Earlier in his opening remarks, the Dean of the Faculty of Arts, UNN, Prof. Nnanyelugo Okoro, while describing the late Professor Nwoga as a humanist and intellectual elephant, said his scholarly works have given the University accolades in the international community.

Okoro urged the faculty and MDU, to sustain the lecture in order to keep alive, the contributions of the late Professor in the academic arena, calling on all concerned to see it as a point of duty.

While giving the inaugural lecture entitled ‘Literature, Criticism, and Ideas: Professor Donatus Ibeakwadalam Nwoga’s Scholarship,’ Professor Michael Echeruo, said late Professor Nwoga’s refusal to be dogmatic or controversial in most of the positions he championed in his literary works distinguished him from other writers. 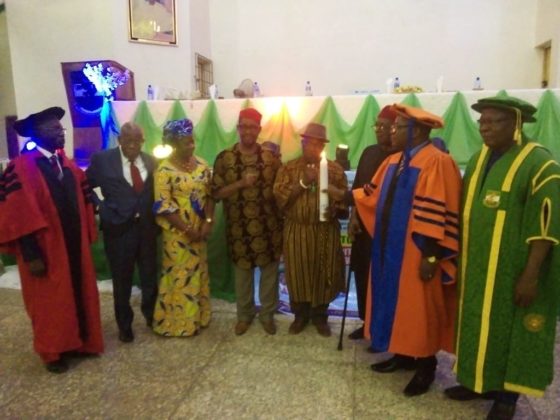 Echeruo said that Nwoga, who was Emeritus Professor of African Literature in the Department of English, UNN, delved into African Philosophy without admitting it.

He said “What is clear is that Prof. Nwoga, claiming not to be a philosopher, is nevertheless making a case only on one side of the question. He would want us, for example, to hold that every experience leads to a valid concept. The Nativist school thinks not. Which believed that some ideas are innate in the human mind rather than received in experience, especially the view that such ideas were planted by God.”

While speaking to Vanguard, the President of MDU, Nsukka branch, Chief Onyinyechi Ohaegbulam, said the union wants to immortalise late Professor Nwoga for his contributions to humanity.

Ohaegbulam said that by celebrating him, others would aspire to emulate his good deeds and academic excellence.