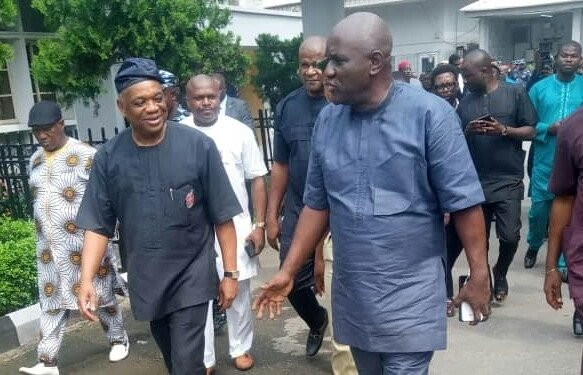 Justice Mohammed Idris of the Federal High Court Lagos has ordered ex-governor, Orji Uzor Kalu’s company, Slok Nigeria Limited, be wounded up and all its assets forfeited to the Federal government.

The order came as part of the 12 years imprisonment handed over to the ex-governor for N7.65 billion fraud he perpetrated while he was governor of Abia state.

He was found guilty of using his company to launder money from the state coffers. 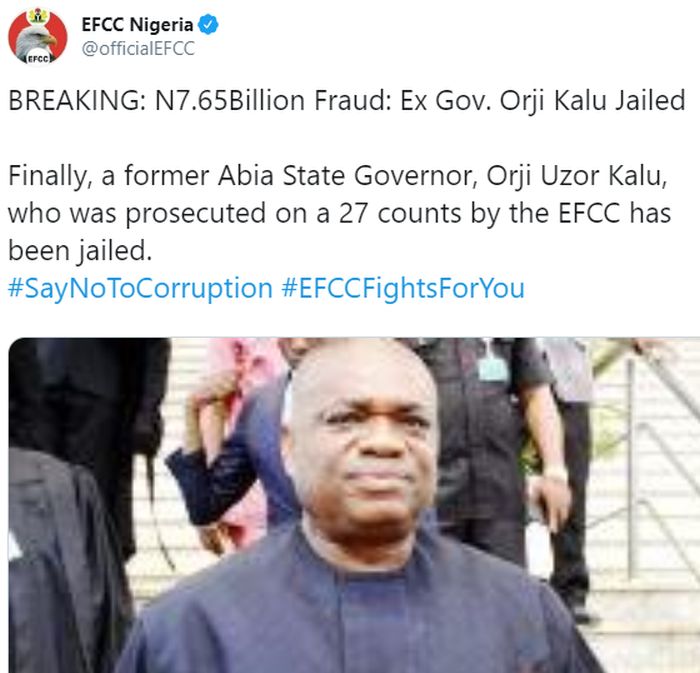 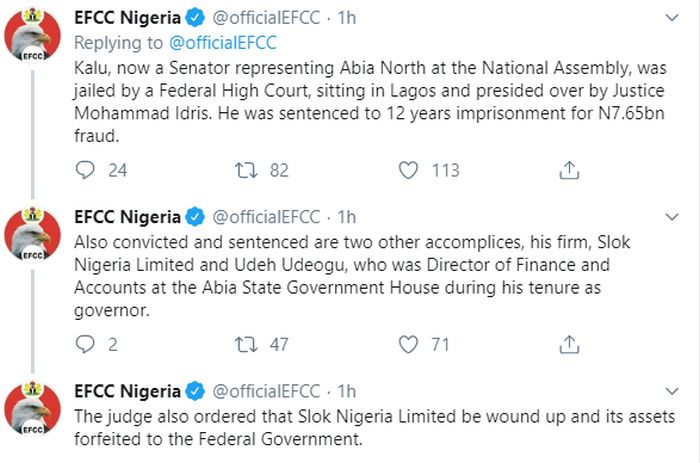