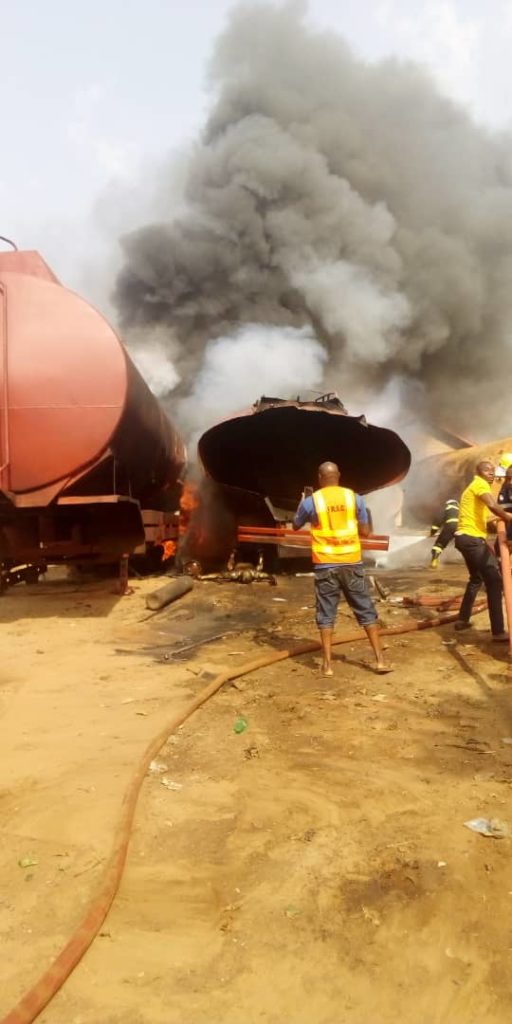 A welder whose name was given as Ay died on Tuesday in Awka as a result of burns sustained when a fuel tanker he was working on exploded at the Amawbia area of the state capital.

An eye witness said the casualty would have been more if the tanker was loaded, adding that the victim was welding parts of the tanker when the explosion occurred.

According to him, it was possible that some fuel were left in the tanker at the time it was sent for repairs, which might be why the explosion occurred.

He said: “The tanker wasn’t carrying fuel at the time of the incident unless there was a little left. I think the damage would have been worse if the tanker was actually loaded.”

It did not take firefighters and neighbours much time to put out the fire.

Anambra State Commissioner of Police, Mr. John Abang had already visited the scene, during which he explained that investigation into the incident would begin in earnest.