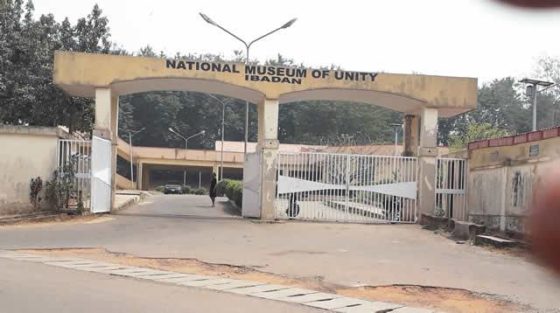 The Curator, National Museum of Unity, Ibadan, Dr. Amos Olorunnipa, has reiterated the museum’s commitment to improving galleries and findings and the training more staffers in 2020 to boost tourism in Nigeria.

Olorunnipa said this in an interview with the News Agency of Nigeria (NAN) in Ibadan on Tuesday.

He said that there were plans to establish a zoological garden within the museum’s premises for the conservation of some of the most endangered animal species for posterity.

The curator said the museum would also collaborate with more relevant stakeholders and strengthen the existing relationships it had with the private and public sectors to achieve its goals.

READ ALSO: Why humans don’t live as long as they once did – Reno Omokri

“We will float a prowl for financial support and other forms of assistance from people, community and NGOs for museum programmes even at such times as now when there is the paucity of funds.

“We will pay courtesy visits to Oyo State governor, the state tourism board and the House of Assembly, and ensure a more elaborate franchise of relationship with the media for the museum’s publicity drive.

“We will surely embark on other meaningful acts towards realising our cardinal objectives,” he said.

Olorunnipa reiterated that the museum in 2019 impacted on the immediate environment through its statutory functions to the society and its clientele.

He noted that the museum held an exhibition of arts and crafts were art collectors and contemporary artists brought their wares to display.

The curator added that the exhibition was aimed at complementing the museum’s permanent exhibitions, as it involved over 15 selected museums in the country shortlisted to participate/organise platforms for the national outlook.

Olorunnipa said the museum also engaged in a line of productive collaborations with sister agencies and relevant stakeholders in pursuance of its cardinal goals.

“The museum participated in the civil service week and played major roles. We organised the 10th edition of the music and dance carnival for the physically-challenged people.

“We have the publication of the museum journal ‘Heritscope’ for museum professionals, a plus in the annals of the national museum of unity, Ibadan, at a time the observance of our bi-weekly seminar by staff has been a sure way for manpower development.

“We also organised capacity building and skill acquisition programmes for our staffers and members of the public in the making of detergents, liquid soaps, catering and hat making, all of which were aimed at self- development, and empowerment.

“Also, statistics showed that a sizeable portion of the society visited the museum, owing to the awareness and publicity gained through organised agenda-setting of the media,” he said.